I finally posted the pictures taken on our Greek cruise to my photo site here. The photos are in order taken:

Katakolon, where the ancient Olympics were held
Nafplion, jumping off point for the ancient Greek sites of Epidaurus and Mycanea
Athens and the Acropolis
Kusadasi Turkey featuring the ancient Roman town of  Ephesus
Rhodes, featuring best preserved Medieval towns in Greece
Santorini
Mykonos 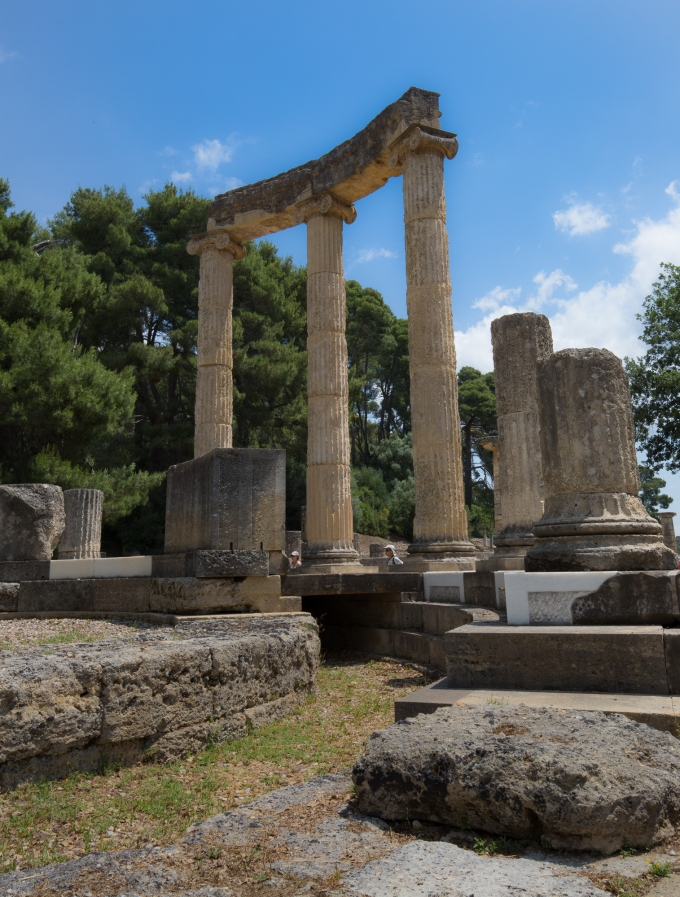 Epidaurus was a place of healing in ancient Greece and the theater there is one of the best preserved. There was a middle school class being lectured to while we were there. 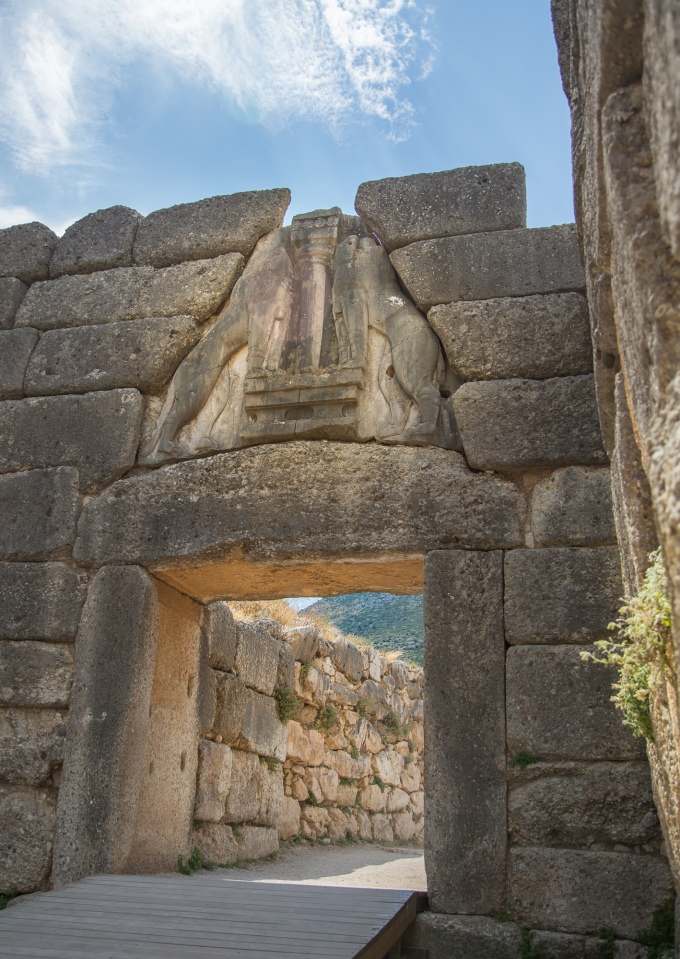 The Lion’s Gate is the entrance for the Mycenea palace complex. For those know know their Classical Lit, Mycenea was where Agamemnon ruled. He commanded the Greeks in the Trojan War and when he returned, this is where he was killed by his wife Clytemnestra — and revenged by his children, Electra and Orestes. All three of the extant Greek tragedians did versions of this story. 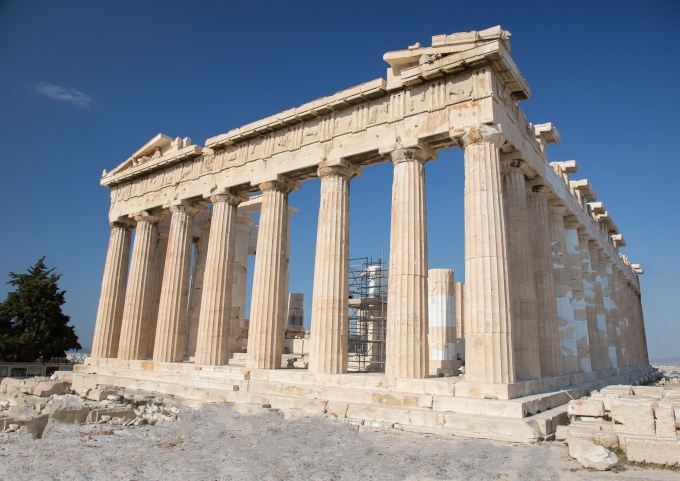 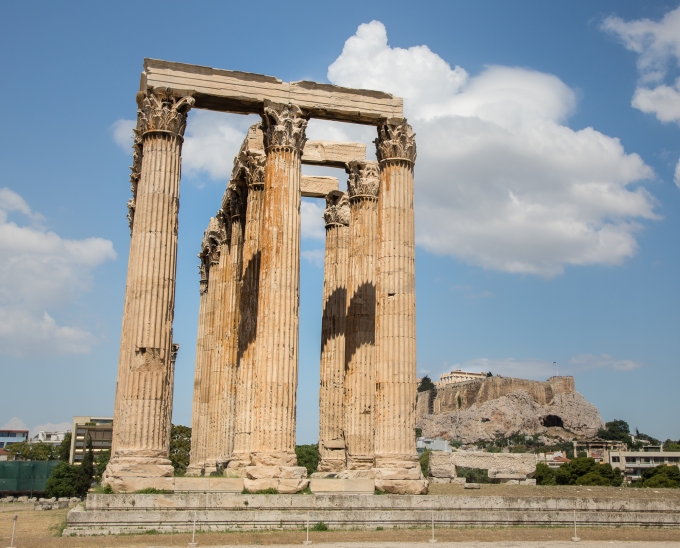 The Old Harbor was the site of the Colossus at Rhodes, one of the 7 Wonders of the Ancient World.

One of my favorite spots was the Palace of the Grand Masters. 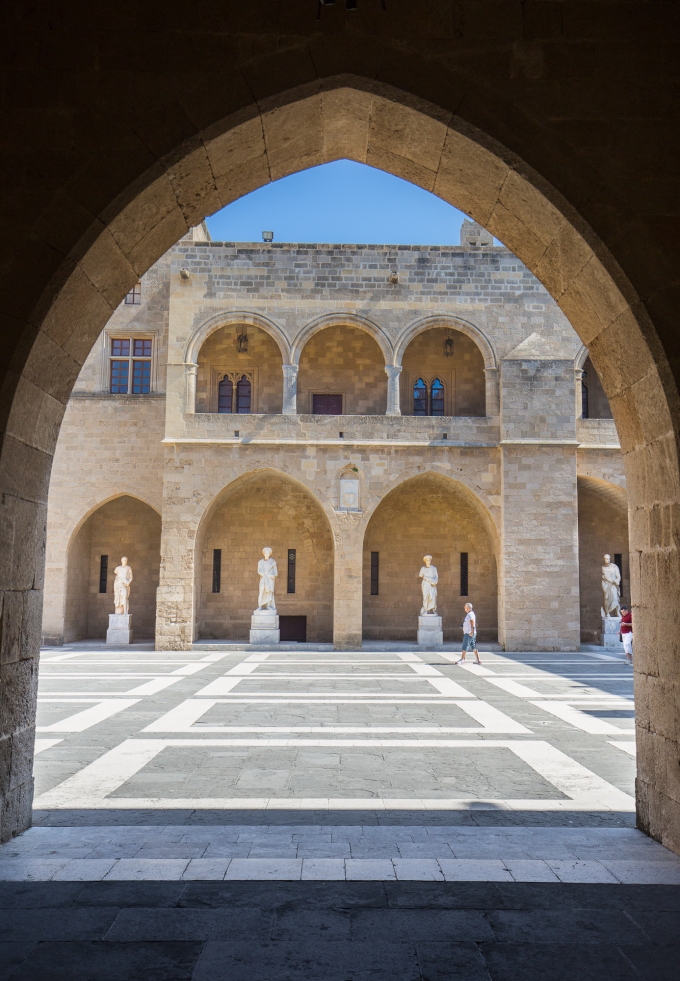 Place of the Grand Masters, Rhodes

Something about the architecture makes the visitors look like they are pieces on a chess board or have walked into an Escher painting. 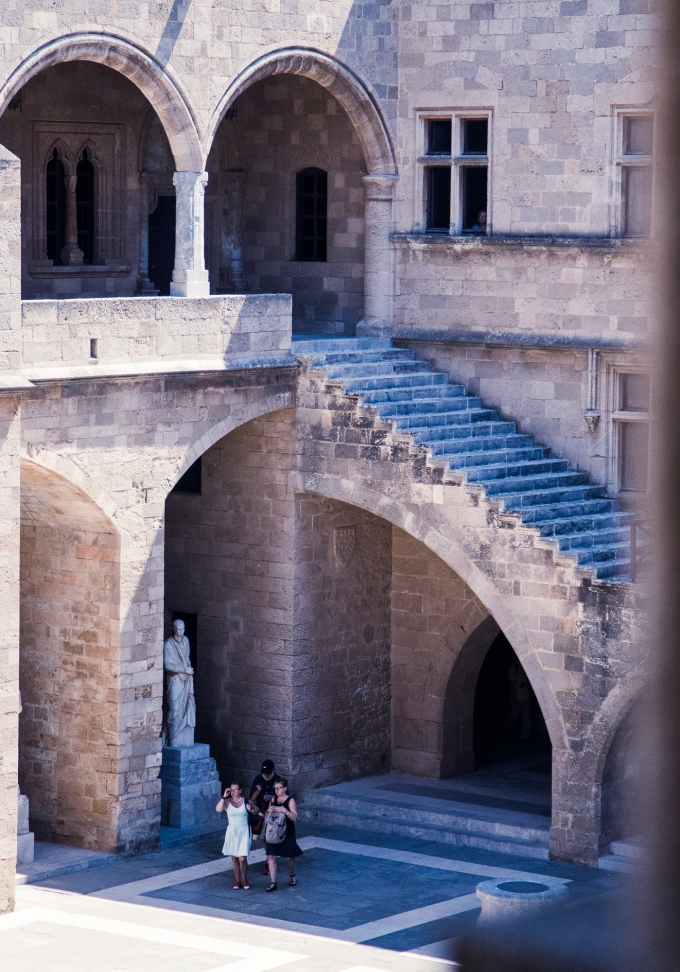 Palace of the Grand Masters, Rhodes

Santorini’s largest town, Fira, sits on the hill. There’s a gondola that takes people up to the town and down again. Or, if you don’t mind walking through the donkey crap, you can climb the zig-zagged pathway up. Most folks, though, do the island on a tour. They get taken to the bus landing further down-island and after visiting the picturesque town of Oia, are brought back to Fira to catch the boat shuttle.

Oia is a great spot for photography. The primary colors of the buildings and their clean design are a prefect compliment to the Mediterranean.

Here’s the famous blue domed church in Oia, the cruise boat anchorage is off in the distance: 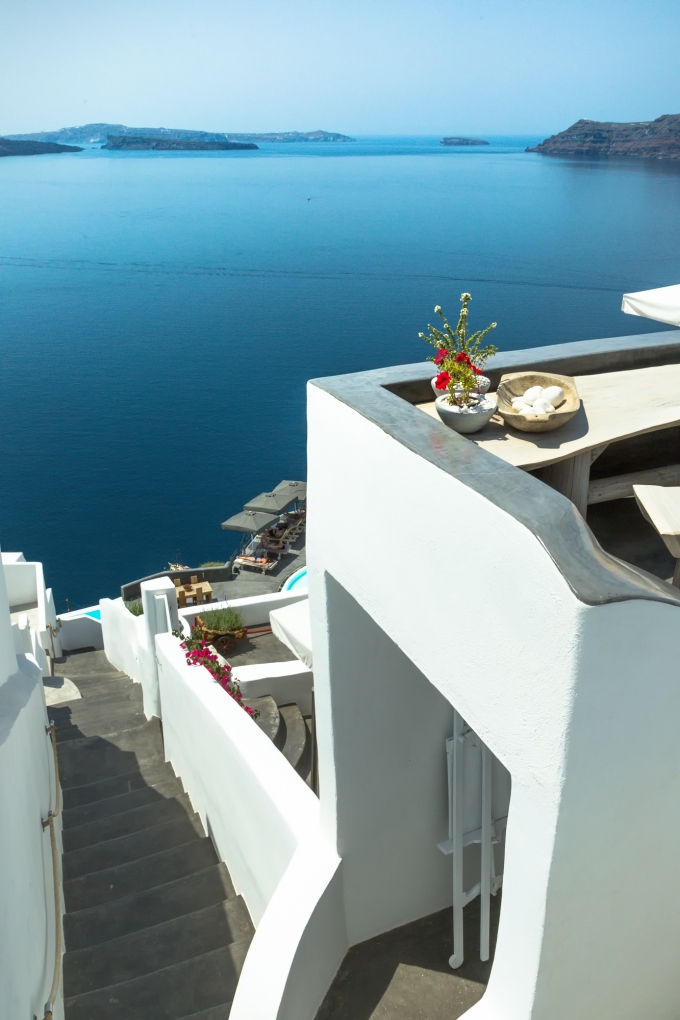 Mykonos is a great place to wander around and skip the excursions entirely. The part of town called Little Venice has houses that used to be owned by sea captains. And they could jump onto a dingy right from their house. These days the houses are mostly restaurants and shops. 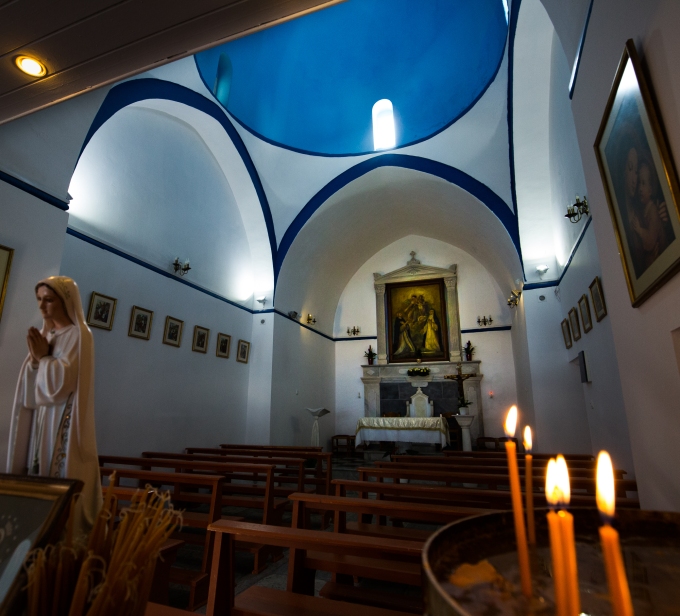 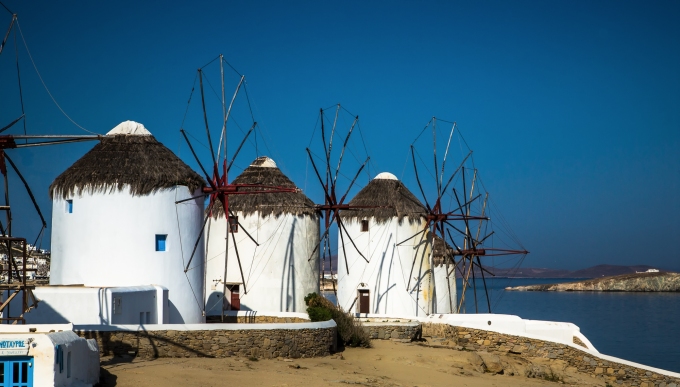 The windmills just south of Little Venice are the other classic photo location in Mykonos.

Link to all the Greek photographs

← Turning back onto the Self, I create…
Location Threads: Naples & Herculaneum →