South Bay, the southern curve of Santa Monica Bay, has some of the best photo locations in So Cal that hardly anyone knows. Here are 11 South Bay shots done in the last month.

Madrona Marsh is a photo location that hides in plain sight. This square block of real estate is literally a street away from the Del Amo Fashion Center, one of the largest malls in America. It’s bound on the south by Sepulveda and Carson Ave on the north. And with all the recent rains, I figured I’d give it a shot or two.

I’ve never seen this much lake at Madrona, about half the marsh area. There are plenty of ducks there now. I even saw a couple of swans. But the stillness of the place is the draw.

Just west of Riviera Village is a great overlook of Torrance Beach and the northern edge of the cliffs of Palos Verdes. Palos Verde Peninsula is the highest spot along the South Bay and shots from here are a nice change from the usual beachy stuff. 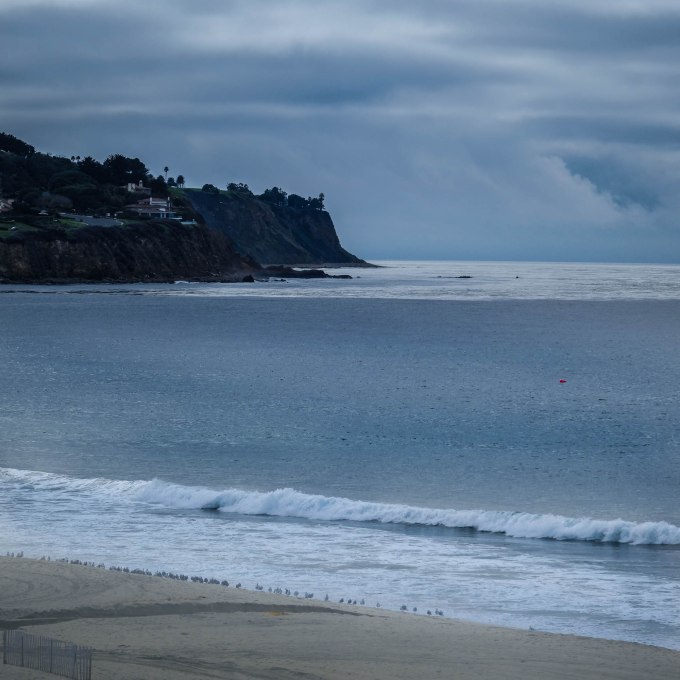 And if you’re at the beach, you might as well do the classic beach shot. It’s nice when nature does what you want.

Bluff Cove from the South

Bluff Cove is one of my favorite PV shot locations. But on this evening, I just stopped by for a second on my way further south on PV Drive. There’s a nice pull-off just at the top of that hill. Not sure why, but there were no real waves at Bluff Cove that evening and just a couple of bored surfers. 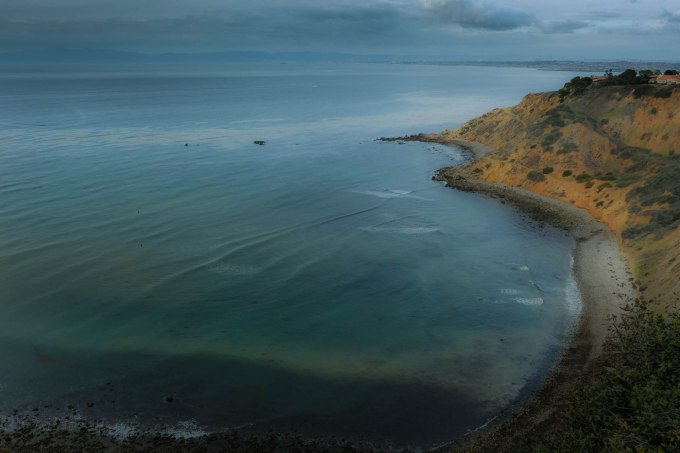 I noticed a grizzled bush as I was shooting and I had to add that in for some foreground.

If you look closely at the shot above, you’ll notice a mansion above Bluff Cove. And just above that is the LA skyline. Hard to imagine you’re still in LA County. But then, that feeling of remoteness is one reason the real estate here is so dear.

Head a few miles further down PV Drive and you see the exit for Point Vicente Interpretive Center and Lighthouse. I’ve taken way too many shots of the lighthouse and most aren’t any good. So I added a foreground element. That’s probably Catalina in the distance.

Eventually Palos Verde Drive follows the curve of the cliffs to the east. And just a mile past the Terranea Resort is a turnoff for Abalone Cove.

Abalone’s known for having some of the best tidal pools in the area. And I like working the rocks here for unusual abstractions. 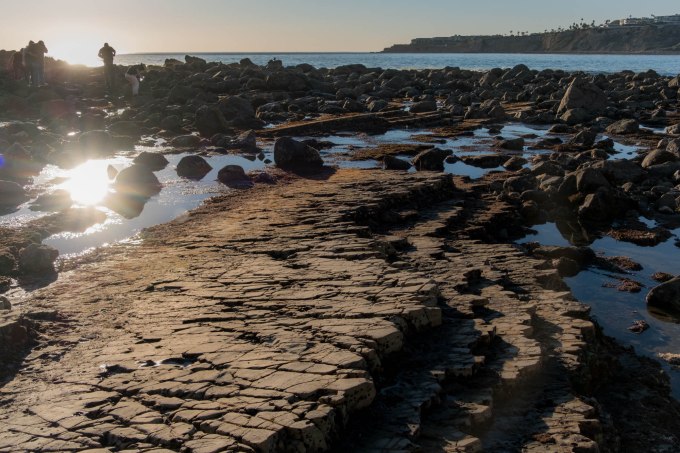 Kids seem to enjoy the place as well. 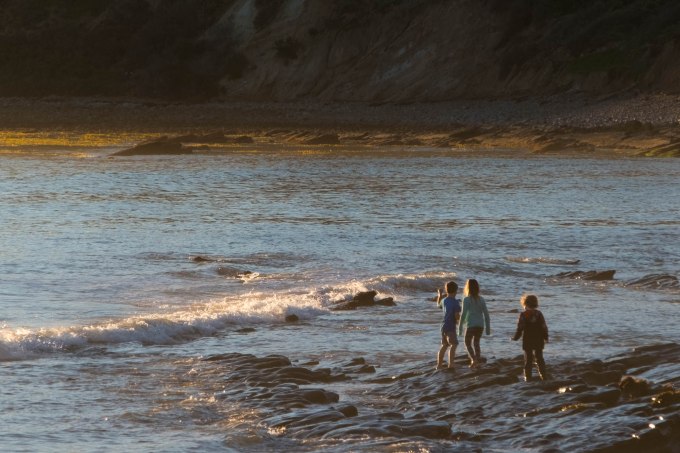