It’s always a pleasure wandering around the Paris neighborhoods, camera in hand. A morning wakeup shoot (and croissant), a walkabout of the Latin Quarter, Luxembourg Gardens, that mythic cemetery … evening photos (with dessert) in a dozen places.
Paris fans start to look for locations that have that uniquely Parisian feel to them. And I hadn’t heard of this one. Have to add it to the Paris list …. thanks Pierrre 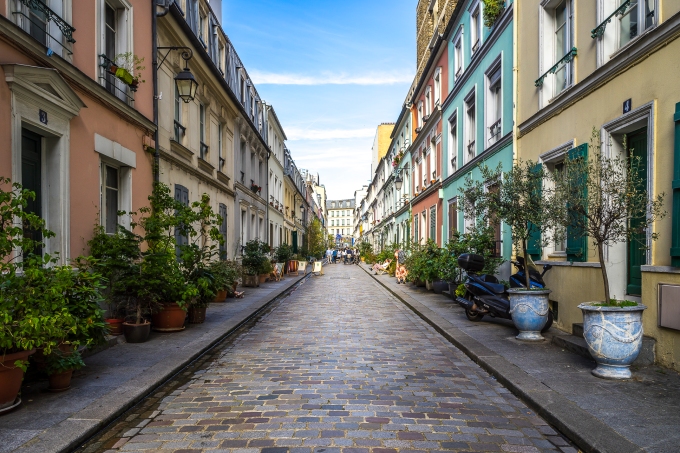 For those who take the time to wander in every nook and cranny of the city they visit, Paris is a place full of hidden wonders that will never cease to surprise them.

Take Rue Crémieux for instance. This tiny street is well hidden near one of the most important train station of the capital city of France, Gare de Lyon. The district is rather modern, full of austere Haussmannian buildings. And yet, in the middle of it, you find one of the most colourful streets of Paris. A tiny bit of heaven where the quietness contrasts with the usual hustle and bustle of the city.

Though one might believe that the street is an old keepsake of the past, Rue Crémieux actually is pretty young. Indeed, it was only built in the late 19th century. It was named after a French lawyer and politician…