Point Lobos, just south of Carmel on Route 1, is one of the most popular of the California state parks. I visited the park last month with a photo tour that was run by Mark Common of Creative Academy. The mix of Monterey Cypress and the Central Coast eco-system is enticing. And every turn in the trail brings new overlooks to savor.

Our morning photo session started at Weston Beach, named after one of the legends of American photography, Edward Weston. Weston Beach is a tidal pool area filled with starfish, crabs and lots of stone pattern work — the kind of thing Weston liked to shoot.

After hassling a few crabs with my camera, I followed the trail east to Hidden Beach. The lighting at that time of morning was still great.

Further down the trail I saw this egret poking its head out. But he didn’t want to pose for long so this was the best shot I got. 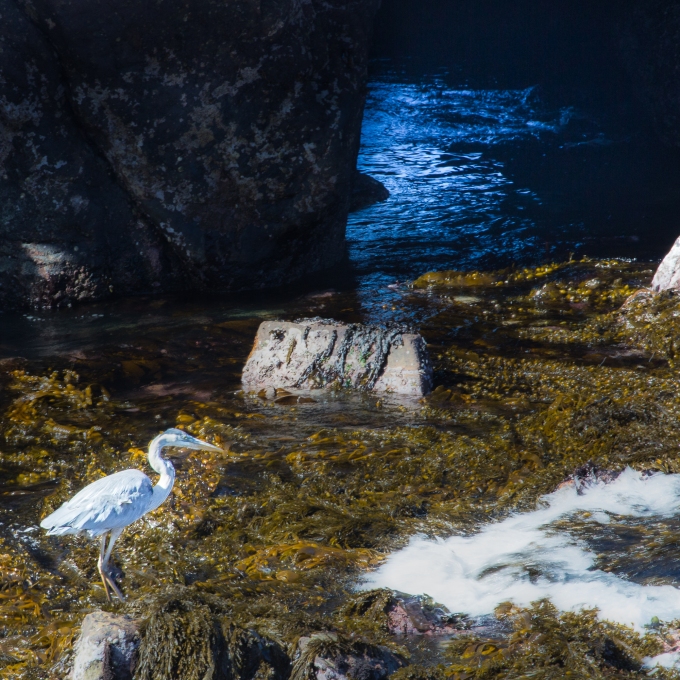 Egret, on way to China Cove

Going another half mile east took me to the Hidden Beach overlook. The place is like a living emerald. The challenge is to frame a small enough part of the scene so the image doesn’t get too busy.

By late afternoon (after a great lunch and some chill time) we were shooting along the Cypress Grove Trail. This northwestern section of park is home to one of the original stands of Monterey Cypress.

I framed the cypresses there with a twisted tree foreground element. Nothing fancy, just trying to capture the shapes and colors that make this area so enticing.

The stone stairs and twisted cypress below were just around the corner. Here I’m using the stairs to lead the eye in to that wind-twisted tree.

Putting a wind-swept tree into a composition with the rocky cove was hard to pass up. I took several shots here. But I found that putting too much of that twisted foreground into the composition muddled things up. I propped myself up higher so my shot angle keep these red branches from being intrusive. 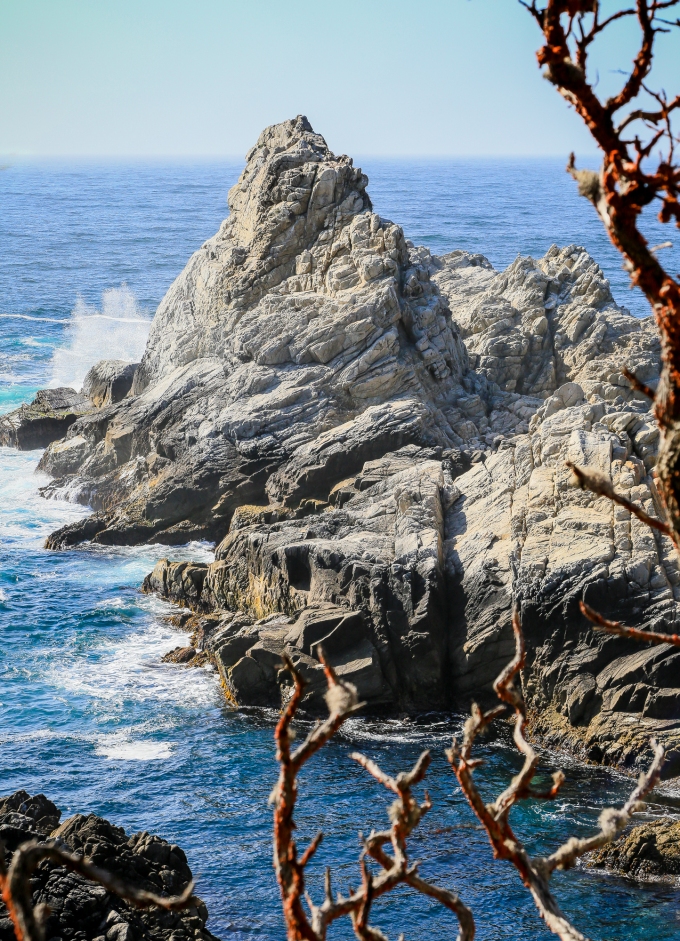 I had some extra time after that trail and started on the North Shore Trail. The shot below, done from the other side of the peninsula was magical in the evening light. The immense cypresses are backlit by the golden glow and that warmth adds depth to the forest. I worked on the image a bit in LR to eliminate the worst of the light washing and add clarity to the gnarly branches. 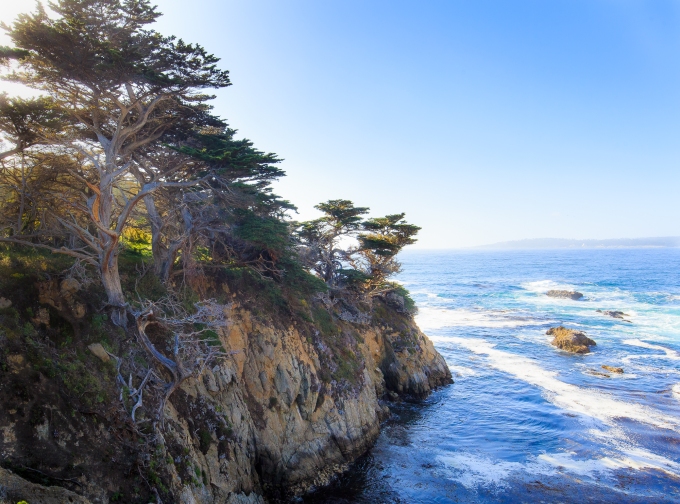 On the other side of the cove was my favorite, a huge cypress that played off the stretch of coastline.The challenge here was to use the tree to anchor the composition while giving enough room so the eye can stretch up coast.

Again, there was an issue with light bleed. I’m shooting directly into the sun. But by putting the sun behind the huge tree trunk, I found I could get nice backlighting of the tree branches and that stand of cypress on the other side of the cove. Even so, I had to do local adjustments to lighten or darken areas of the shot.

The final shot was of a plant that looked to be growing larvae. I have no idea what it’s called. But the shape was elegant, a study in pure form. 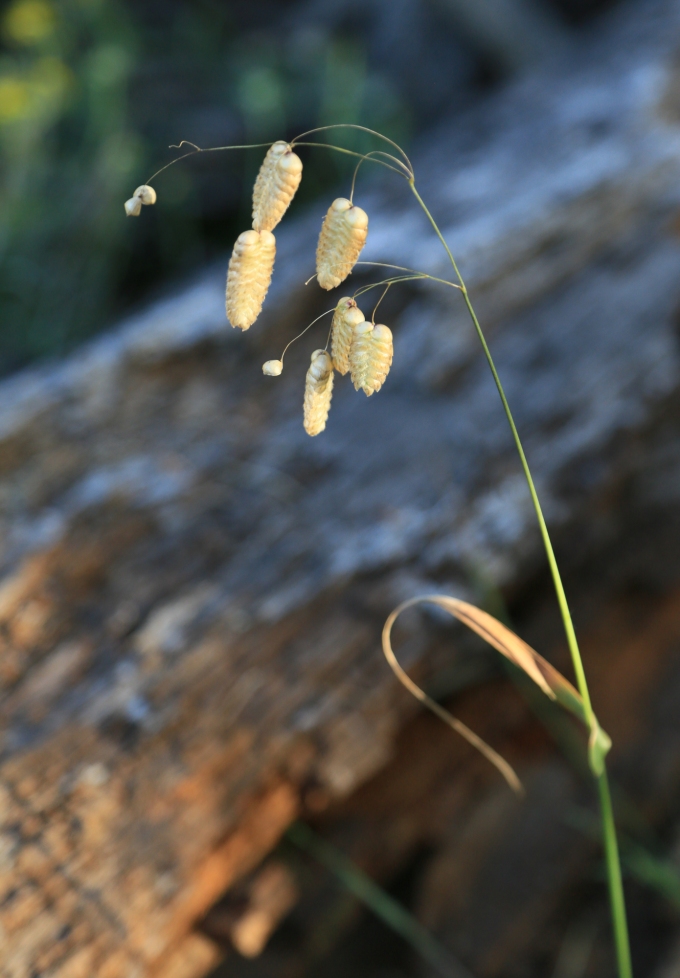 Point Lobos gets tons of visitors a day. But there are so many potential shot locations that you could spend a week having fun. It’s worth the visit if you’re in the Carmel area.

But one note. Once the park folks hit the allowed number of cars, no more cars can enter until another car leaves. This can happen by about noon, even in fall and spring. But since the park closes before sunset, the traffic going in slows down a bit.